Since its return in 2015, new entries in the Star Wars series have become a bit of a winter tradition. And with Rise of Skywalker out today, this year is no different. With his ticket for the final film already booked, Jack shares some spoiler-free thoughts on how the ultimate story of good vs evil can inspire us to end injustice and poverty today.

Twenty years ago, I made my first ever visit to a cinema with my parents and brother. We watched a brand new Star Wars film – the Phantom Menace. And we loved it! After that, there was barely a weekend that went by without lightsaber battles in our garden.

Next week the final instalment of the Star Wars saga hits cinema screens. The power of the story still grips my imagination. If you haven’t seen Star Wars, what have you been doing? It’s an incredible story of good against evil – courageous and brave rebels standing up for justice even in the face of the power and control of the Empire/First Order.

Whether you’ve seen it or not, this final trilogy has some important lessons for our generation and our real-world rebellion against injustice, poverty and climate disaster. Here’s my top three:

Rebellions are built on hope

Whether it’s the 40 million people in slavery or the urgency and scale of the climate crisis we’re facing, the injustice in the world can feel overwhelming. But as Christians we can build our rebellion on hope because of Jesus.

As we battle for a just and fair world, we can keep our eyes fixed on a God who loves justice and who’s on a mission to make all things new. We can have hope because we are joining in with his mission for this world. A mission of restoration, justice and peace.

Resisting the current order is costly

The rebels in Star Wars risk everything to defeat the Empire, and they know, even if it costs them personally, they are giving themselves to a bigger purpose.

Let’s not kid ourselves that fighting the climate crisis can be done just by making fun and easy swaps. We need to see businesses and governments transform how our society works, and quickly. But they won’t do that unless we put lots of pressure on!

In Romans 12 it says ‘offer your bodies as a living sacrifice, holy and pleasing to God – this is your true and proper worship’. As we join in God’s mission for justice and restoration, our costly sacrifices are acts of worship!

Whether it’s striking from school on a Friday each month or speaking up when it would be easier to stay quiet, the rebellion for justice will be costly. But that costly decision is a chance to worship God at the same time.

We’re the ones we’re waiting for

For so many of the Star Wars films, the ones able to really change things were all in the Skywalker family. We were waiting for the heroes to arrive and save the day. But in the most recent film, we started to see something new emerging. Right at the end of the film, children started learning to use the force themselves, inspired by what they’d seen. They didn’t need to be anyone special – they just needed to act.

As we think about the injustice in our world, God calls each of us to play our part. We don’t have to wait for special groups of leaders, politicians, or businesses to save the day – if we do, it’ll be too late. Instead, let’s choose to act. Let’s join the rebellion against injustice and become the heroes we’re waiting for. Chasing after Jesus and his justice with everything we have.

What can we learn from Christmas movies? 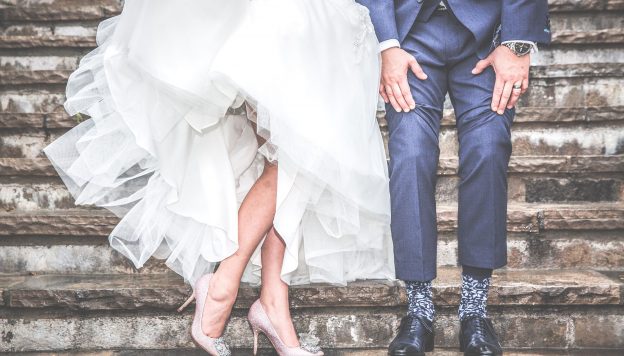 How to have an ethical wedding